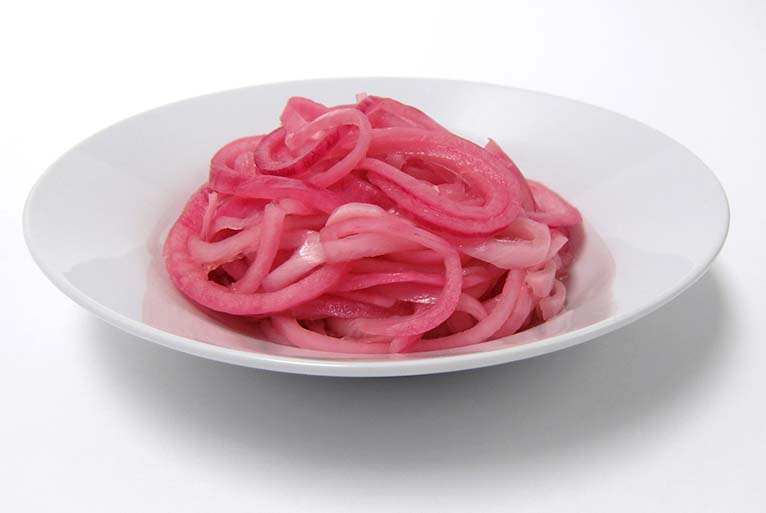 According to the National Restaurant Association’s What’s Hot culinary forecast, the ancient practice of pickling is making a comeback on restaurant menus across the country. House-made pickled vegetables are a hit with consumers who are looking for more handcrafted food.

Pickling is one of the oldest food preparation methods, and is believed to have gotten its start in Mesopotamia over 4000 years ago.  Historians believe the earliest item to be pickled was cucumbers that were native to India. Pickling was a necessity in ancient times; it was one of the few methods for safely preserving food to eat during winter months. Pickles were one of the earliest mobile foods, and sailors and other travelers would carry pickles on long journeys.

Although pickling is often associated with cucumbers, almost any fruit or vegetable can be pickled. The following recipe for House Pickled Red Onions was developed by Freshway’s culinary team, and features Freshway’s new natural cut sliced red onions, and makes a great topping for sandwiches or meat entrees as well as a delicious and tangy side dish.

Carefully prepare and measure ingredients according to specifications. Combine water, apple cider vinegar and kosher salt in a bowl and whisk until salt and sugar are dissolved.

Place red onion slices in a clean container and pour vinegar mixture over. Cover and reserve under refrigeration for at least 8 hours.

Drain onions prior to serving. Note: Onions may be held covered under refrigeration in vinegar mixture for up to 7 days.